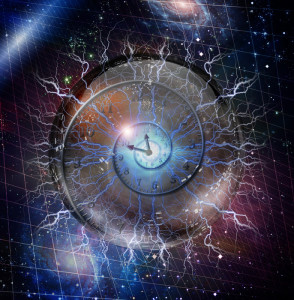 A transit period in astrology refers to a celestial event that has an effect on Earth. These events are time-limited, that is they occur as a set event in space-time, that is not constant. Some examples of transit periods include; a planet forming a particular angle against the moon, a planet going in a retrograde motion; where it appears to move backwards against the motion of the earth, or a planet coming back round to the same position it was in at the time of a person’s birth.

Significant transit periods often involve changes in the sign or house, or changes to aspect or angle of a planet against a person’s natal chart. The ongoing movement of the planets, comes to form astrological predictions when interpreted.

Transit periods, when interpreted, are used as a way of predicting events in the life of the individual, or of predicting world events and collective mind. This is the basis of horoscopes, although the horoscopes commonly seen in the media are very stripped down. Transit astrology, when combined with the natal chart of a person, can be used to give a better understanding, and to gain self knowledge. The transits are mapped against a birth chart, which defines their value for the individual.

The interpretation of transit periods is complex, but not all transits are given the same level of significance, and a transit will effect each person differently depending on their birth chart. The inner planets move very quickly through the zodiac, and so their patterns are less noticeable, and not considered to be as important. The  transits of the outer planets are more potent, and come around less often.

For example, a transit in Venus, an inner planet can bring feelings of love, and changes in the way you socialize.  A transit in the moon can bring slight changes to mood. A transit in Jupiter, an outer planet, can bring months of change. A positive aspect could see expansion, success, growth, knowledge and travel. A negative aspect could bring periods of bad luck and mishap. A transit in Uranus can bring about a huge life change, sometimes out of nowhere, a completely new direction.

It is easy to see that the transit of the outer planets represents more dramatic happening, and the inner planets, day to day changes in mood and perception. By understanding both, we can know how best to react to a transit. For example, you could go for gold when Jupiter is in transit, or if Saturn is in transit, which can bring about depleted energy and restriction, you can conserve energy and make long term plans.

One of the most significant and powerful transits, is the planetary returns. They represent a planet returning to the point where it started on a person’s natal chart, at the time of their birth. They can be seen as astrological cycles. Jupiter has a 12 year cycle, and when it returns into transit it represents a new phase of growth and development. Saturn has a 30 year cycle and its transit represents a coming of age process, an acceptance of responsibilities.